BannerCounseling in the Era of Equity: Critical Competencies for Student Success

The Anatomy of a Transformative Course: Critical Competencies for Student Success

Colleges exist to provide high quality educational experiences for students. The foundation of this instruction are the courses in which our students enroll, engage the material, grapple with challenges proposed by the instructor and are evaluated. In our efforts to create more equitable educational institutions, development of equity-centered courses is foundational.

The Anatomy of a Transformative Course: Critical Competencies for Student Success is an immersive professional development experience that engages educators in the process of examining current syllabi, interrogating the course outline, exploring pedagogical practices and rethinking grading. Participants will leave with the following:

Session I: Towards a Transformative Syllabus 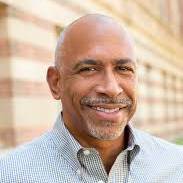 Pedro A. Noguera is the Distinguished Professor of Education at the Graduate School of Education and Information Studies and Faculty Director for the Center for the Transformation of Schools at UCLA. He is a sociologist whose scholarship and research focuses on the ways in which schools are influenced by social and economic conditions as well as by demographic trends in local, regional and global contexts. Dr. Noguera serves on the boards of numerous national and local organizations and appears as a regular commentator on educational issues on CNN, MSNBC, National Public Radio and other national news outlets. Prior to joining the faculty at UCLA, he served as the Peter L. Agnew Professor of Education at New York University and the Executive Director of the Metropolitan Center for Research on Equity and the Transformation of Schools (2003 – 2015), the Judith K. Dimon Professor of Communities and Schools at the Harvard Graduate School of Education (2000 – 2003), and a professor at the University of California, Berkeley where he was also the Director of the Institute for the Study of Social Change (1990 – 2000). From 2009 – 2012 he served as a Trustee for the State University of New York (SUNY) as an appointee of the Governor. In 2014 he was elected to the National Academy of Education. Noguera recently received awards from the Center for the Advanced Study of the Behavioral Sciences, the National Association of Secondary Principals, and the McSilver Institute at NYU for his research and advocacy efforts aimed at fighting poverty.

Dr. Noguera has published over 200 research articles, monographs and research reports on topics such as urban school reform, conditions that promote student achievement, the role of education in community development, youth violence, and race and ethnic relations in American society. His work has appeared in multiple major research journals. Dr. Noguera is the author of several books including: City Schools and the American Dream (Teachers College Press, 2003), Unfinished Business: Closing the Achievement Gap in Our Nation’s Schools (Josey Bass, 2006), The Trouble With Black Boys…and Other Reflections on Race, Equity and the Future of Public Education (Wiley and Sons, 2008), and Creating the Opportunity to Learn: Moving from Research to Practice to Close the Achievement Gap with A. Wade Boykin (ASCD, 2011). His most recent books are Excellence Through Equity (Corwin, 2015) with Alan Blankstein and Race, Equity and Education: The Pursuit of Equality in Education 60 Years After Brown (ASCD, 2015) with Jill Pierce and Roey Ahram. 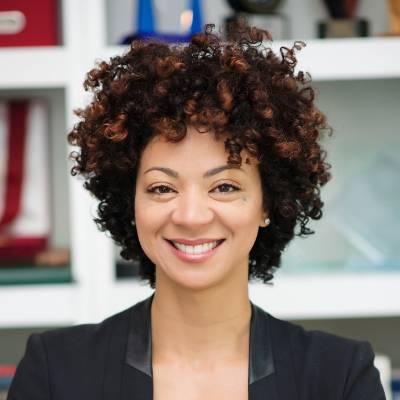 Sonya Douglass Horsford, Ed.D. is Associate Professor of Education Leadership at Teachers College, Columbia University, where she serves as Senior Research Associate at the Institute of Urban and Minority Education (IUME) and Co-Director of the Urban Education Leaders Program (UELP) – an Ed.D. program for aspiring and practicing urban school superintendents. Her research focuses on the social and political contexts of school leadership, school segregation, critical race theory, Black education and the superintendency.

Professor Horsford is founding director of the Black Education Research Collective (BERC) - a project seeking to generate new knowledge at the intersection of Black studies and education research and build connections across research, policy, and practice communities in ways that support the education of historically disenfranchised and underserved learners of all ages. Prior to joining Teachers College, Professor Horsford served on the education leadership faculty at George Mason University (Fairfax, Virginia) and University of Nevada, Las Vegas, in her hometown of Las Vegas, Nevada. Her latest book, The Politics of Education Policy in an Era of Inequality: Possibilities for Democratic Schooling, with Janelle Scott (University of California, Berkeley) and Gary Anderson (New York University) offers a critical analysis of education policy amid widening social inequality, ideological polarization, and the dismantling of public institutions in the U.S.A.